Sérgio Almeida is a designer from Aveiro, Portugal, who is focussing on animation, illustration and design. As a promotion to the d&da students awards 2012, he made the ‘My Design Is’-project. For this project he made illustration cards, which describe his designs. Along with the cards he made a video where you can see him making the illustration poster. The illustration is a self-portrait and every part of it portrays a visual description of what design is to him. In the end the illustration reads:

“Everything is about having good ideas.”

Sérgio on the web: 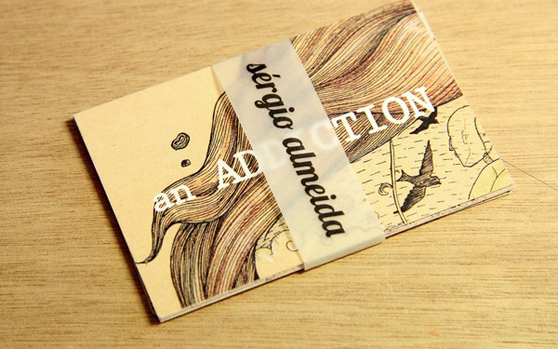 ‘My design is’ by Sérgio Almeida